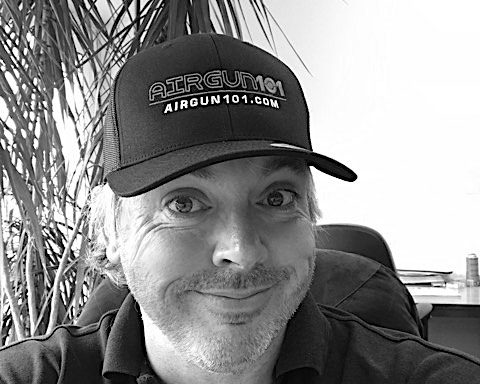 Having been a precision engineer, since leaving school some 30+ years ago, Andrew Huggett loves nothing more than a perfectly engineered item.

As a keen shooter for over 35 years he was keen to use his engineering skills to develop a super-quiet moderator to help with his rabbit hunting. Todays Snipe moderator is based on the design but back then it had separate vertical fluting and vents. With a look so different to anything else available he was asked by others to make them one too.

So after deciding to leave his previous engineering business in 2009 he embarked on a new journey to set up Huggett Precision Products.

The moderator he created was simply named the Huggett and so it began. In 2012 when Daystate launched the Airwolf Grey Shadow he was asked to create something for the Limited Edition rifle and so todays Swirl design was created.

Soon after followed the Belita, shorter in length than the original design, yet only 2dB louder.

Other external designs followed utilising the same internal design that had worked so well.

The Magna was launched to quieten the 100 ft/lb Daystate Wolverine .303, with the Mini Magna following and the last product released was at the start of 2018 with the Atom, a small yet effective silencer that can be used on both rifles and pistols.

His latest design is giving Sound Moderation a new shape. With new internal designs and a modular structure his latest incarnation is the Astille with its ogive shape, reminiscent of an artillery shell.

Everything is made and assembled in the same factory, where he created the Milbro Metisse, in Mildenhall, by him and his 2 staff members.

Principles of Our Work

The principles we work to our simple. It’s one principle over and over; Quality.